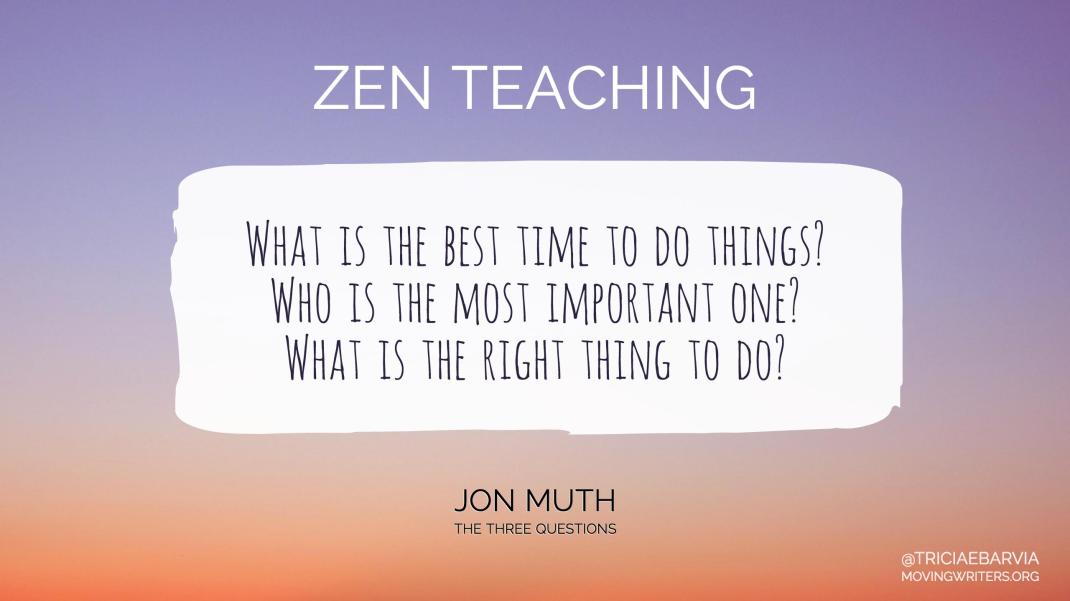 NOTE: This post was originally published on MovingWriters.org. Follow the link at the end to continue reading.

Now that it’s officially August, I’m starting to feel what I suspect many teachers feel this time of year—the all too familiar mix of anxiety and anticipation. While I use this time to cross off items on my summer bucket list—beach getaways, sticky popsicles, and poolside naps—I also use summer to reflect on all the things that could have gone better last year and the changes, big and small, I can make starting on day 1. I wonder about the students who will fill my classroom—and my life—in just a few short weeks. Who will they be? What will they be like? And how will I reach them?

These are just a few of the questions that go through my mind as I plan for next year. As I flip through pages of pedagogy books and teacher websites, my notebooks team with ideas. Ideas for independent reading, prompts for notebook writing, and of course, lists and lists of mentor texts. Yet while discovering new ideas energizes me, it also overwhelms. And I wonder—maybe you can have too much of a good thing.

Too much of a good thing. When I first started teaching, the hardest part was always feeling like I didn’t have enough—enough support, enough materials, enough ideas. I’m so thankful for the mentors who nurtured me during those early years. Now, fifteen years later, it’s not a matter of having too few ideas but too many. Even a cursory glance through favorite Twitter hashtags, teacher blog sites, and online workshops speaks to the abundance of ideas in the connected educator world—and to the generosity of so many talented teachers who share their work with open hearts.

So as I enter another year of teaching, and with so much rich material out there—how can we make sense of it all?

Last spring, I surprised my 9-year-old by coming in as a guest reader to his third-grade classroom (and yes, he was dying with appropriate embarrassment). One of the books I brought with me to read was The Three Questions by Jon Muth. Although we’ve had the book for years, I actually couldn’t remember the last time that I’d read it to my son, so it seemed like a good choice. And if you are familiar at all with Muth’s work—Zen Shorts, Zen Ties, Stone Soup, among others—you know that his work is simply beautiful, with his signature watercolors and whimsical characters. 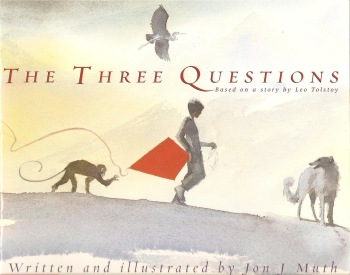 The Three Questions, published in 2002, is a retelling of Leo Tolstoy’s classic story of the same name. In the original story, a king wants to know how to best rule. From the opening paragraph:

It once occurred to a certain king, that if he always knew the right time to begin everything; if he knew who were the right people to listen to, and whom to avoid; and, above all, if he always knew what was the most important thing to do, he would never fail in anything he might undertake.

Thus, the king seeks wisdom from an old hermit whom he believes can give him the answers. The hermit does not answer the king’s questions directly; in fact, in a very Mr. Miyagi-like move, the hermit engages the king in work that is meant to reveal the answers. By the end of the story, under the hermit’s guidance, the king saves the life of the enemy who intended to kill him, thus not only avoiding war but gaining a friend.

In Muth’s retelling, the king is not a king, but a young boy named Nikolai, who asks himself the following three questions:

What is the best time to do things?

Who is the most important one?

What is the right thing to do?

Like the original king, Nikolai first seeks answers from those around him. In Muth’s retelling, three animals—Sonya, a heron; Gogol, a monkey; and Pushkin, a dog—each give him wise, if not conflicting, advice. Confused, Nikolai then seeks the “hermit” figure in this version, a wise old turtle aptly named Leo. Though Nikolai is confused by Leo’s evasive non-answers, Nikolai ultimately discovers the answers to the three questions on his own. The stakes are a little less dark in this version—there is no enemy sent to kill Nikolai—but the lesson is important nonetheless.

When Nikolai first meets Leo, he finds the old turtle laboring in his garden. Nikolai takes the shovel from Leo to help and continues the digging himself (symbolism!). While he works, a storm rains down, and the two seek refuge. However, Nikolai hears the cries of a hurt Panda nearby. Nikolai drops everything to help the Panda, and there’s a wonderful page depicting Nikolai struggling to carry the too heavy panda inside. When the Panda tells Nikolai that her child is still lost outside, without hesitation, Nikolai braves the storm and ultimately reunites mother and child.

Enter dramatic irony, for the following morning, Nikolai still doesn’t know the answers to his three questions, even as the answers have guided his actions. Leo points out that had Nikolai not stopped to help the old turtle with his garden, Nikolai would not have heard the panda’s cries for help. Thus, Leo tells him, “the most important time was the time you spent digging the garden. The most important one at the moment was me, and the most important thing to do was to help me with my garden.” 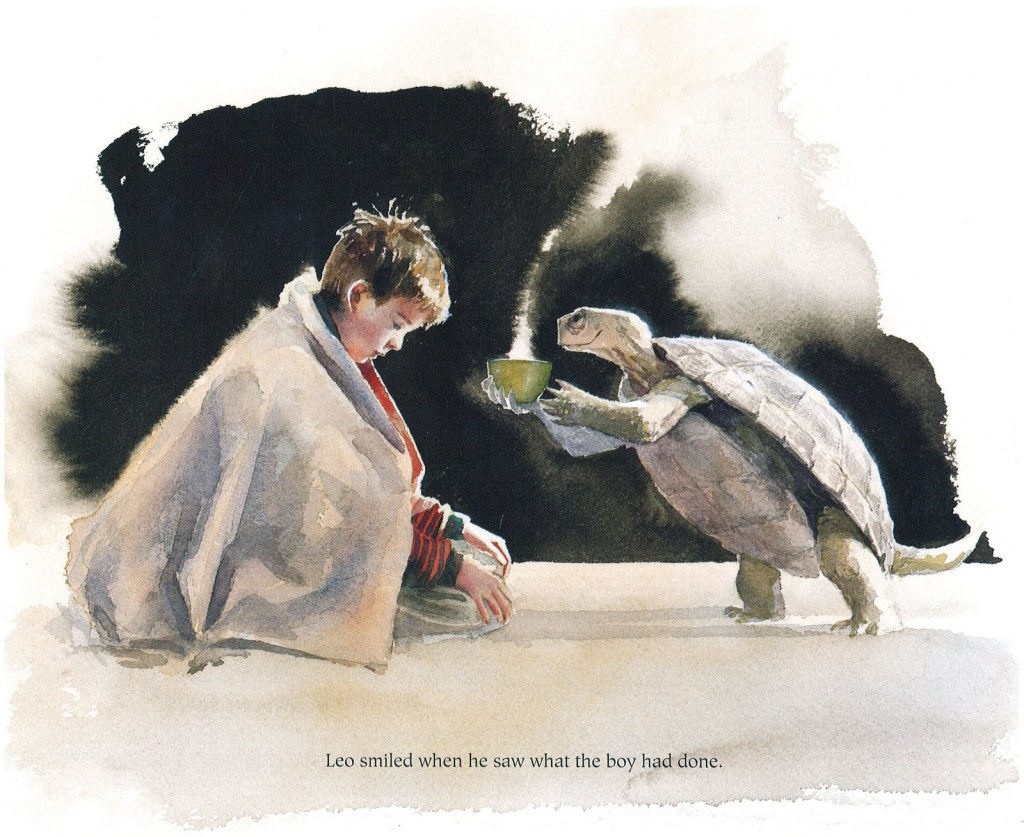 So you might be wondering—and understandably so—what does a story about a boy, a turtle, and some panda bears have to do with teaching? (I thought this was a blog about mentor texts and writing!)

This post was originally published on MovingWriters.org. CLICK HERE to continue reading (and check out some of the other wonderful teachers there who share their best practices for writing instruction).