Gayle Forman’s YA novel If I Stay has been sitting on my bookshelf for months, maybe even a year (it’s part of a continuously growing stack of books on my “to read” shelf; I admit, I have a sickness). The book reviews were generally good, and it was on NPR’s best books for teens. So I purchased it, along with a dozen of other YA books, to add to my classroom library.

But I didn’t actually read the book until this past week. So why now?

Because I saw the movie trailer.

I didn’t read it because of the trailer itself (which seems interesting enough, though not extraordinary). The fact there’s a movie, period, is enough to get me interested. After all, someone clearly found the story compelling enough to go to the trouble. And if someone in Hollywood was interested, then the book has to be pretty good, right?

But there’s a flaw in this logic.

Just because a book is “good enough” to be made into a movie doesn’t actually mean it’s a good book.

What works in film doesn’t necessarily work on paper and vice versa. For example, take the Twilight series. I tried to read the books. Several years ago, when the first Twilight movie was about to be released and my students debated Team Edward or Team Jacob, I wanted to find out what the fuss was all about. I got to about page 35 and had to put the book down. I couldn’t get passed what was (in my opinion) a stilted and awkward writing style.

(But the movies? I’ve seen all four. And I’m only a little bit ashamed to admit I enjoyed them.)

The same thing happened with the Divergent series. Many of my students were reading it, and yes, I saw the fancy “soon to be a major motion picture” sticker on the cover. So I tried it. I got to about page 75 with that one and put it down. The issue? Like the Twilight novels, the style. I just couldn’t get into the narrative.

That said, I have to admit that I often decide to read novels if I know there’s a movie version coming out.

In fact, I read the entire Hunger Games series the same week that the first movie was released. I’d already been interested in the books since many of my students raved about them, but it wasn’t until the movies came out and you couldn’t get through a school day without hearing kids debating Team Gale or Team Peeta (Team Peeta, of course!) that I finally decided to enter District 12.

So maybe it’s not because some Hollywood director liked a book that makes me interested in reading it. Maybe it’s the buzz that a movie generates. The act of reading is a deeply personal, solitary activity. But as anyone who’s read a good book knows, the first thing you want to do when you finish reading is to talk about it: argue about a character’s decisions, gush over your favorite parts, and of course, debate the ending. Movies add an extra layer to that discussion, because now you’re not just talking about the book, you’re talking about the book in relationship to the movie—were the characters as you expected? what was different in the movie? did the director get it right?

It’s that discussion that is often one of the most animated among my students. I had a class last year that, at the slightest mention of Percy Jackson, could not hold down their anger at how different the films were from the books. In short, they loved the books, thought the movies were terrible, and could launch into a tirade cataloguing all the reasons why.

But no matter how the film adaptations turn out, here’s the thing about them: they get people to read.

When the Hunger Games movies were released, the books saw a sharp 55% increase in sales as compared to their original publication. When the Great Gatsby trailer premiered—a full year before the actual movie was released—according to Publishers Weekly, the book jumped to #27 on Amazon’s bestsellers list, a 66% increase.  In the days leading up to the May 2013 release, the book spent time at the #1 spot on Amazon’s list, and by the end of the year, it was one of the top selling books of 2013 (not bad for a book almost 90 years old!). In that same year, other books such as Ender’s Game by Orson Scott Card and The Book Thief by Marcus Zusak, also enjoyed the “book to movie” bounce. With the success of Marvel Studios films, even comic books have enjoyed renewed interest and resulting sales.

It’s a paradox, but movies can get people to read. I know this is true of me, and it’s certainly true of my students. Young adult fiction sales have been increasing at the same time that more young adult novels are being turned into movies. Walk into any Barnes and Noble and you’ll find a table themed, “At the Movies” or “From Book to Screen,” covered in books with movie adaptations like The Fault in Our Stars, The Maze Runner, and Divergent. 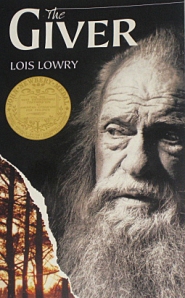 So while it may not be the best way to decide what to read, choosing a book because “there’s a movie” has led me to some surprisingly enjoyable reads. And If I Stay was definitely one of them. In fact, I enjoyed the novel enough that I immediately hopped on over to Barnes and Noble to pick up its sequel. While I was there, I couldn’t help glance over at the “At the movies” display table to see what was coming-soon-to-a-theater-near-me. That’s when I decided to finally pick up a copy of The Giver, a classic I’ve always wanted to read but never have. . . . yet.

I finished The Giver and Forman’s If I Stay duet in just three days.  Three great reads I may have never experienced had it not been for Hollywood.