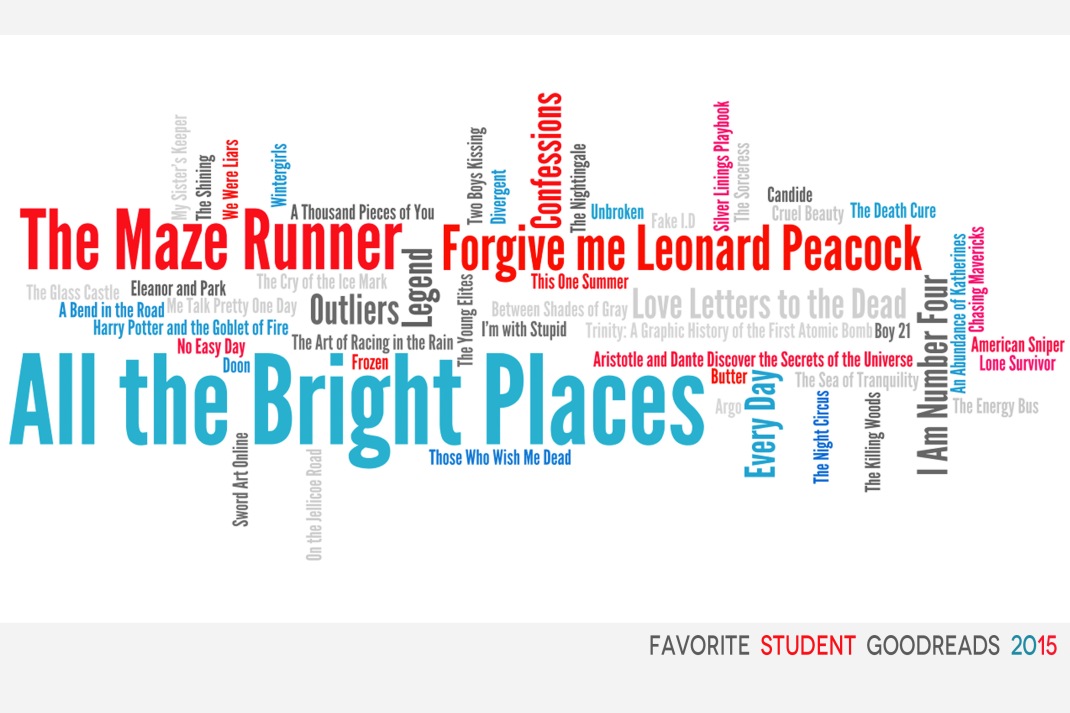 In the midst of my classroom prep this week, I came across the binder of letter-essays that my 9th graders wrote at the end of the year. In this binder are 75+ letters that described their favorite independent reading selections. As I paged through their letters again, I couldn’t help smile at the way my students wrote about their favorite titles with such enthusiasm, even tenderness. Kylene Beers and Robert Probst remind us that close reading is the distance between the text and the reader. What was clear in these letter-essays was exactly that closeness―an intimacy that comes from a deeply felt experience. I cannot wait to share their letters with my students this coming year.

As for the titles themselves (above) . . . there was an interesting mix of expected and unexpected favorites.

I’m sure there are many more things to say about this list, and if you are reading this and see any patterns, please share in the comments. As I look at the list, I know that aside from what is present, I also need to think about what is missing… ethnically diverse titles, for example. Hmm…